Joining Jamie in the garden for a good cause 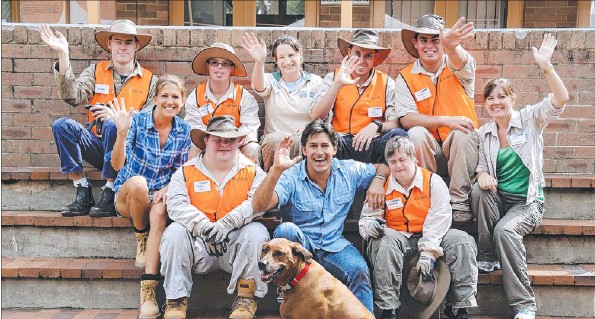 Joining Jamie for a good cause

The bushcare group employs people with intellectual disabilities, and they will feature on Durie’s Easter with The Australian Women’s Weekly special showing on Channel 9.

“They’ve got the ability to achieve a lot more than if they didn’t have the support.”

Asked how Mrs Hockey’s workers felt about appearing on television, she said: “They haven’t stopped talking about it.”

The group has carried out a number of jobs in the past, including bush regeneration projects at Manly Selective Campus and Lionel Watts Reserve. Bushlink has just launched a new website: bushlink.org.au

“Easter with the Australian Women’s Weekly” is on at 6.30pm tomorrow.

Manly Daily : Joining Jamie in the garden for a good cause